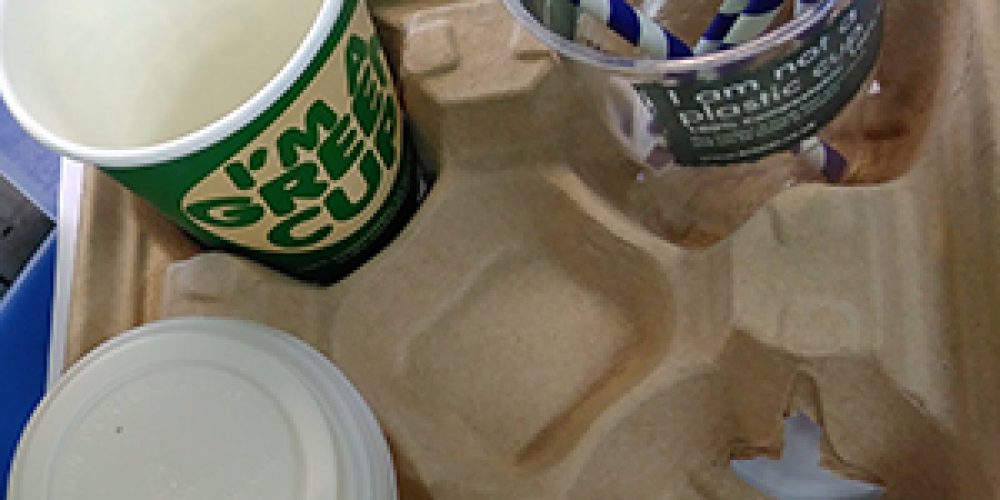 Beach Hut Café wants to Clean Up our Coastline

A New Year often heralds New Year’s resolutions and for Ron and Jo in Christchurch this is no exception. It’s been out with the old and in with the new as they had an environmental clean sweep on the takeaway packaging they give out to the customers of their much-loved café.

The Beach Hut Café, situated at Friars Cliff decided to make the changes after being moved by the devastating scenes of plastic pollution that were shown on the BBC’s Blue Planet II. With the café being situated right on the beach they felt they couldn’t ignore the harm that is being done to our oceans.

Jo Smith is proud of the fact that they have got rid of their plastic packaging and replaced with 100% compostable cups, beakers, carry out containers, wooden cutlery and paper straws. “We are also offering our customers a 20p discount if they bring their own cup for their coffee”. She says that she has had two people already come in with their own cups today and expects the trend to continue.

They announced their move on Facebook and have had more likes and comments than ever before from their loyal customers who appreciate these changes being made. “This has struck a chord with our customers” said Ron Smith and has attracted more people than ever to the first beach clean of the year. 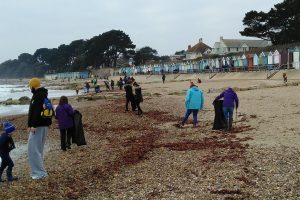 First Beach Clean of the year 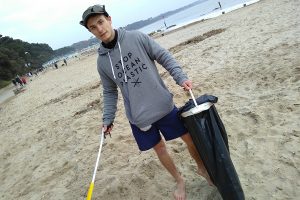 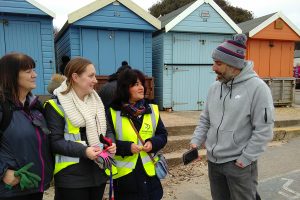 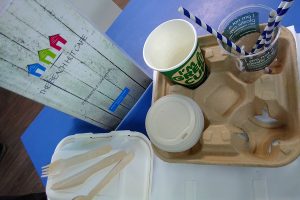 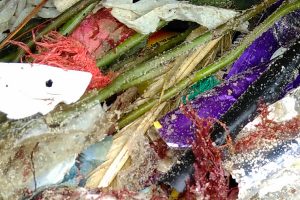 Litter debris collected from the beach 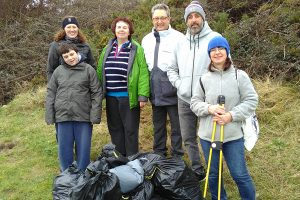 Over 130 volunteers turned out to collect litter on the beaches and cliff-side,which was a record, said organiser Graham Higley. He has been running the quarterly beach cleans in this area for almost five years with help from Nicky Hallam, and support from the local council, the Marine Conservation Society, Dorset Devils, Litter free Coast and Sea and the many local residents who regularly attend the sessions. The Beach Hut Café generously provide a free tea or coffee for anyone who helps with the beach clean and today the queues were out the door!

One young litter picker Joel Vincent-Jones travelled from Bridport to support this beach clean. He has been collecting hoards of litter himself along his local beaches in Dorset and sharing them on his Facebook page using the hashtag #TheresMyBag. He believes that we all have a responsibility to stop this marine pollution and to help clean it up.

The problem of plastic waste has received increased media coverage this week on programmes such as The One Show and Good Morning Britain, following MP’s call for a 25p tax on disposable coffee cups, dubbed the latte levy. This was swiftly followed by Theresa May’s 25 Year Environment Plan, which focuses on plastic carrier bags, plastic free aisles, and creating more habitat for wildlife.

It is great to see local people and our local businesses taking matters into their own hands and making moves in the right direction.